A severely injured dog finds healing and love in her new home! 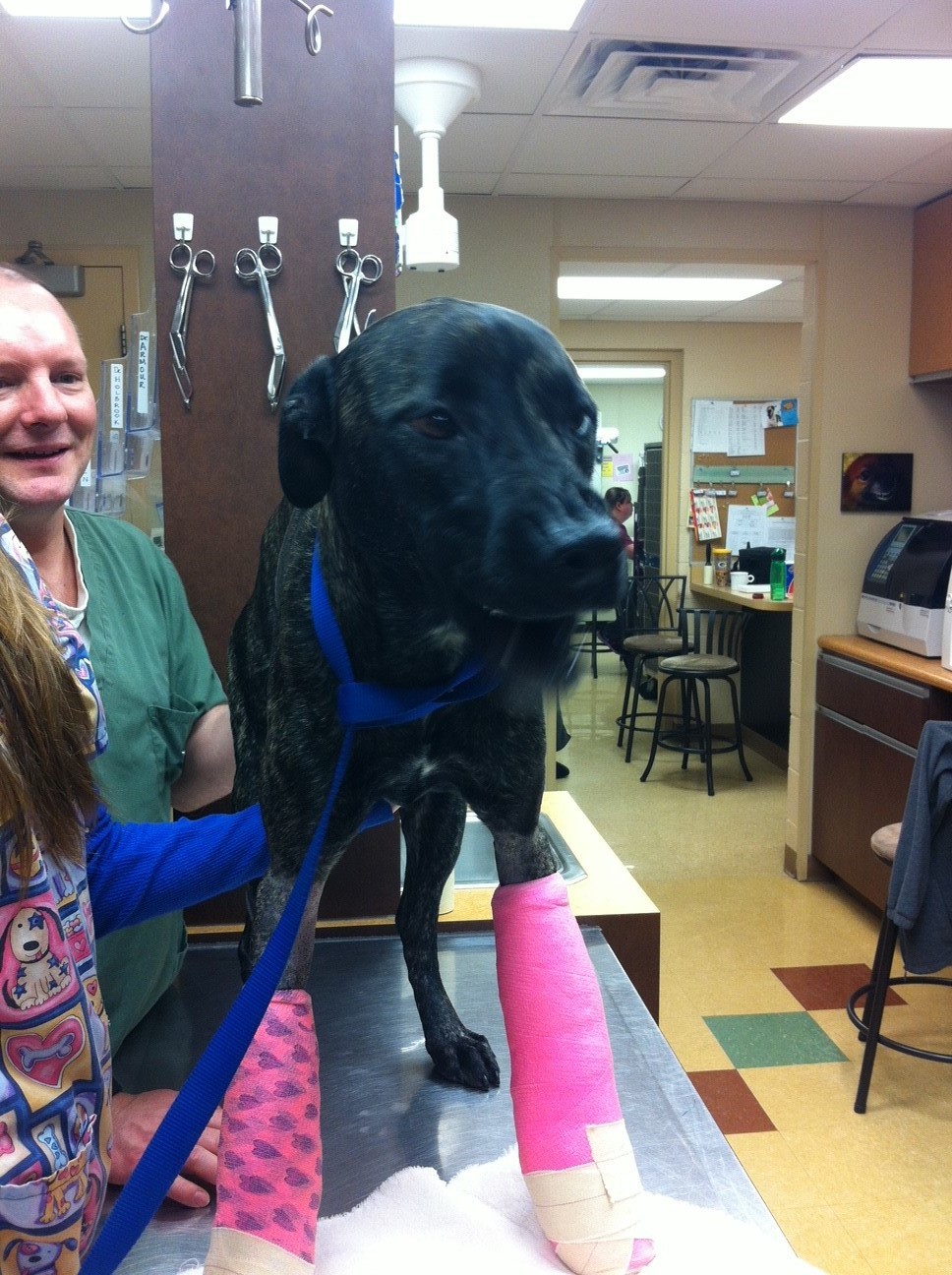 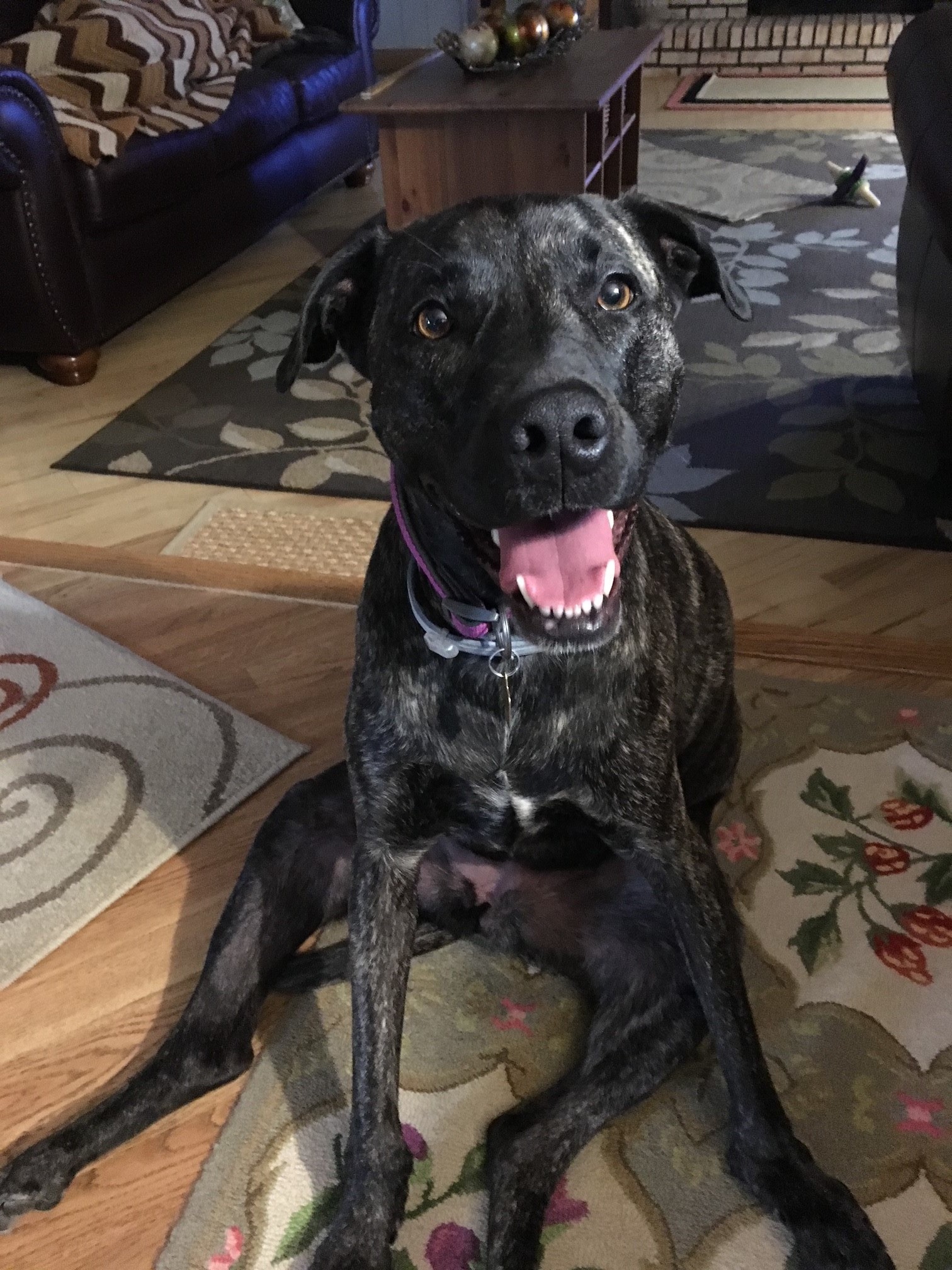 Pax, now known as Lilly was a heartbreaking story. Pax, a pitbull mix, was adopted as a cute puppy from the shelter at 8 weeks old. After the new owners decided they didn't want a puppy anymore as she was too much work, they returned her to the shelter. Still being a cute puppy, Pax got adopted again. After a period of time, the cuteness wears off and the new owners gave her to someone else. During the time at her 3rd home, Pax received major injuries. She has two broken front feet. She was found on the side of the road unable to walk due to the injuries. She was picked up by Macon County Animal Control and Care Center and taken to the veterinarian. She received two casts on her front feet and was unable to walk. Pax ended up needing orthopedic surgery with pins placed in her displaced front toes. She went into a foster home as she needed loving care and cast changes weekly for 10 weeks. After all her pain and suffering, Pax ended up in the best home of all. She has two other siblings, both rescued from Macon County Animal Control and Care Center. She now can run and play, her feet look a little funny, but she doesn't care!